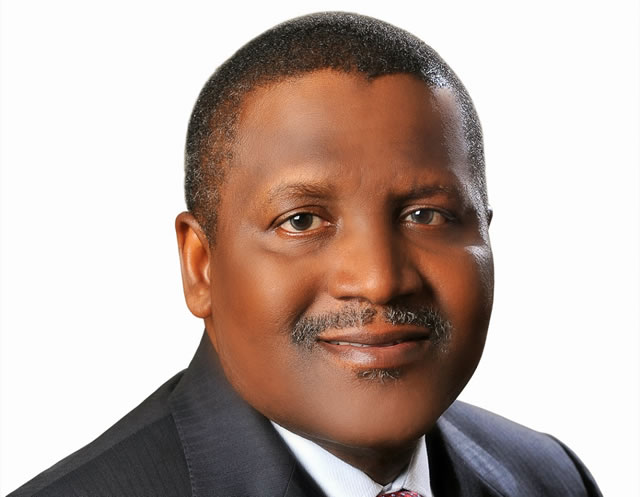 The President of the Dangote Group, Aliko Dangote, has inaugurated itsthe 8,000-hectare Rice Out-growers’ Scheme in Hadejia, Jigawa State, with the distribution of rice seedlings to farmers.

According to a statement by the group, the scheme, which is part of its partnership with government at all levels to reduce Nigeria’s food imports, has the potential to provide 10,000 direct and indirect jobs.

It said the rice project being executed by the Dangote Rice Limited would be replicated in six other states of the federation.

It said the project was the fallout of a Memorandum of Understanding signed between Dangote and the Federal Government, on the one hand, and the Jigawa State Government on the other.

Dangote lamented that the Nigerian agricultural commodities and food imports’ bill had averaged over N1tn in the past two years, with items such as sugar, wheat, rice and fish accounting for 93 per cent of the amount.

He described the situation as unacceptable, adding that this informed his decision to go into agriculture

According to him, under the Dangote Rice Out-growers Scheme, farmers will be given training and other necessary inputs with guaranteed buy-back at agreed prices.

The Minister of State for Agriculture, Senator Heineken Lokpobiri, was quoted as saying that the Federal Government was ready to support the scheme and make it a success.

The Jigawa State governor, Alhaji Badaru Abubakar, thanked Dangote Rice Limited for choosing the state as a pilot for the project and pledged the readiness of his administration to provide the needed support.

The governor said he had no doubt that the project would succeed in turning around the economy of the state, noting that the company’s exploits in other sectors such as cement, sugar, and lately, oil and gas, was an indication that Jigawa was lucky to host the Dangote rice scheme.