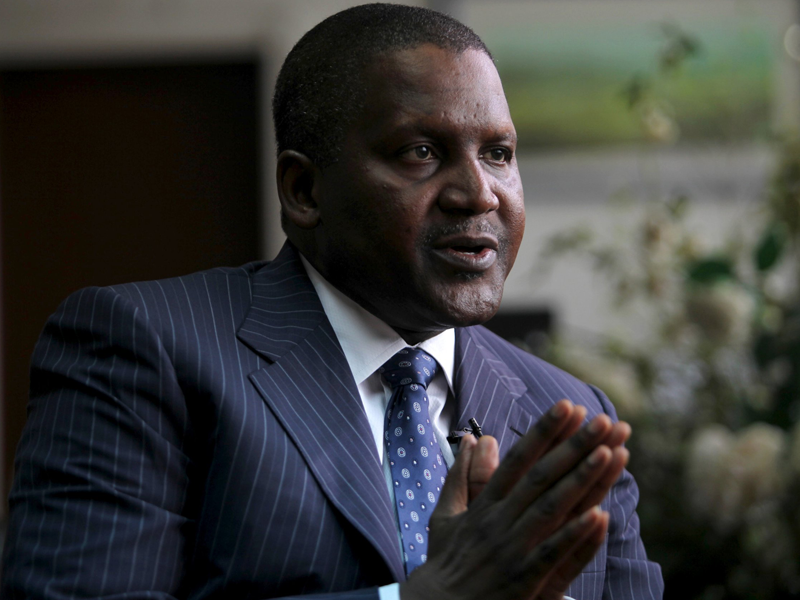 In a message to the Katsina Economic and Investment Summit in this northern city, he said: “We will create 210,000 jobs between now and 2018 with 80 per cent coming from the agricultural sector. So, we should pay attention to the agricultural sector for investment opportunities, particularly when crude oil is now becoming unreliable.”

He said Brazil, which had the same peculiarities with Nigeria, had US$350 billion in its foreign reserves, with 80 per cent of the funds contributed by agriculture. “Brazil is now a leading producer of sugarcane, soybeans, wheat and poultry in the world,” he noted.

Dangote, who is Africa’s richest person, also said he would establish the largest single oil refinery with a capacity to refine 650,000 barrels of oil per day and build two sub-sea pipelines toralling 550 kilometeres in Lagos, Delta, Ogun.

He would assist the government to reduce pipeline vandalism as well as provide 12,000 megawatts of power.