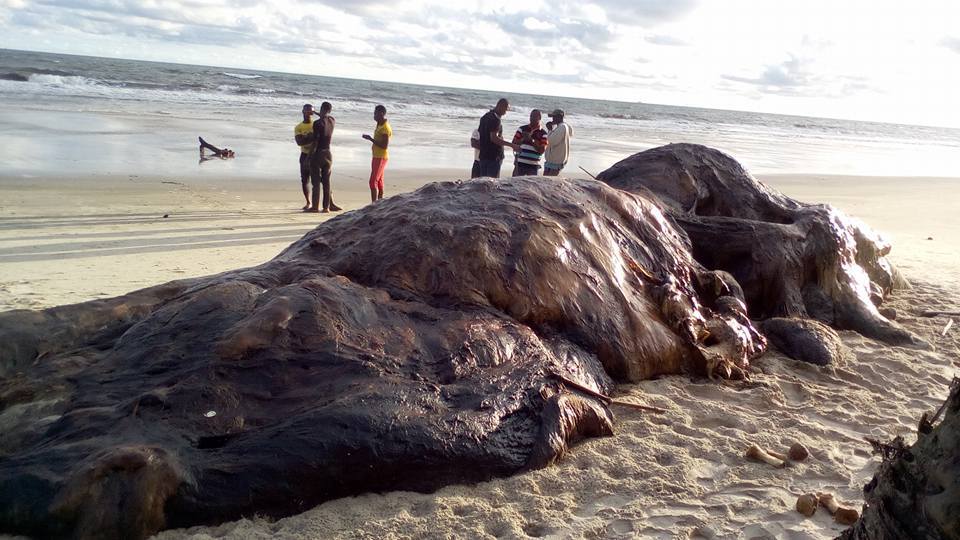 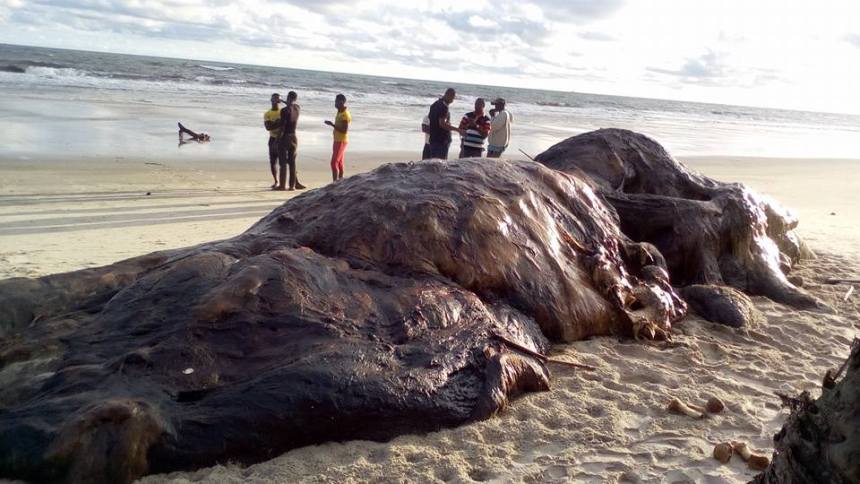 The carcass of a whale has been found on a beach in Akwa Ibom State, south south of Nigeria, off the Atlantic Ocean.

Villagers in Okpo Ita, Ibeno local government area of the state, said they saw the dead whale in the morning of September 15, according to Edem Eniang, a biodiversity conservationist from the University of Uyo.

Some of the villagers had started cutting off the body parts for meat before Mr. Eniang and his team of researchers, and the local authorities got to the scene, several days after it was found.

Mr. Eniang said the carcass is about 16 metres in length.

“I observed that something close to four metres was missing,” Mr. Eniang told  us, Wednesday. “That is a part of what was cut off by the villagers.”

A handful of tourists have been attracted to the scene since the news broke out.

Mr. Eniang explained the significance of whales in Nigeria waters.

“There’s an international accord known as Convention on Migratory Species in which Nigeria is a signatory. The essence of the convention is that every signatory country must go out of its ways to provide safe passage to all grazing animals passing through their territory, not to allow them get into harm, not to be killed or exploited. So, by being a signatory to that convention, we have to account for whales and other similar species that pass through our territory.

“Conservation International (CI) and the International Union for Conservation of Nature (IUCN) recognise this region – the Akwa Ibom shoreline, all the way to Gabon, Central Africa and to Ghana– as the gulf of Guinea biodiversity hotspot.

“Now, it serves as their breeding ground. So, when they travel from the North Pole to South Pole, they hang around this our area to conduct their sexual activities from courtship play, dance, and so on, which is what we normally see in videos when they jump out of water, dive back and play. It is in this area they have their reproductive activities and raise their young ones before they are able to swim back to the North Pole.”

Mr. Eniang, who has spent about three days so far in the local community, is persuading the local authorities and the state government to preserve the carcass as a national heritage.

“In our own local environment, when something dies the people don’t know that it still has value. The carcass lying there is a very serious national monument; the skeleton must be collected, curated, and mounted for recreational, scientific and research use,” he said