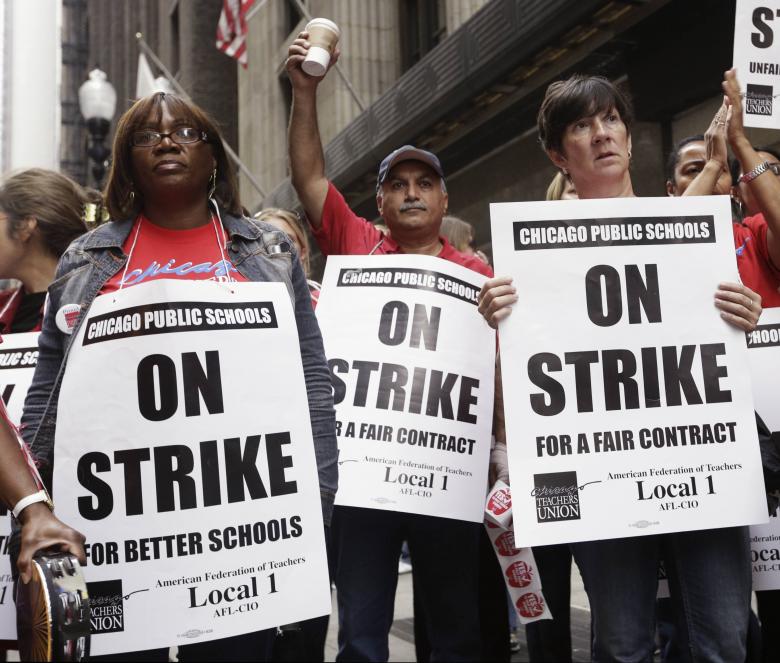 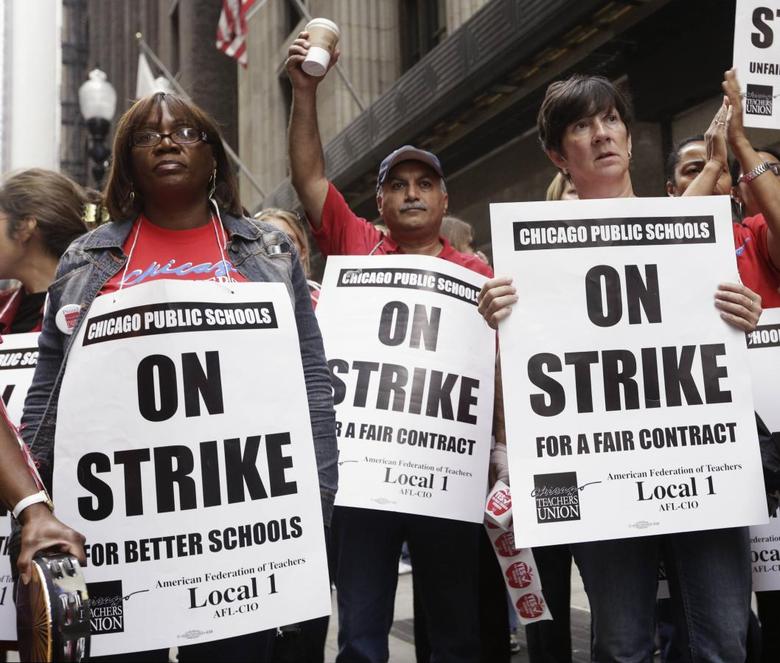 Chicago’s public schools and its teachers’ union make the final push to avert a looming strike on Tuesday with its success hanging on each side’s willingness to accept unappetizing concessions.

The teachers are asked to ramp up contributions to their pension fund, a demand the union has already once rejected. Unions want extra money for teachers from special economic development districts – a controversial proposal given their uneven, hard to predict revenue.

The need for hard-to-swallow tradeoffs stems from the dire state of the nation’s third largest school district and a broader fiscal distress confronting Illinois and Chicago.

The state, the city and the school district have all had their credit ratings cut to junk, or just above it, and a political stalemate in the state capital, Springfield, means Chicago Mayor Rahm Emanuel and the teachers cannot expect any help from outside.

The impasse and the threat of the strike that would affect nearly 400,000 students come at a tough time for Emanuel, whose second term has been marred by deteriorating finances and a spate of street violence.

Karen Lewis, president of the Chicago Teachers Union, in 2012 handed Emanuel his first major defeat as mayor, leading teachers into the first strike in a generation and wringing concessions from the school board.

The union is seeking an additional $200 million in new revenue, but the Chicago schools have no apparent resources to offer. The school system, which is independent of the city, had a $7 million deficit in its operating funds on June 30, according to a school financial report that has not previously been reported.

Chicago Public Schools has increased its cash flow borrowing but resources remain tight. Pension contributions have tripled in recent years and the state legislature authorized the school district to collect an additional $250 million from property owners to pay pensions.

The Chicago Board of Education, appointed by Emanuel, wants teachers to increase their pension contributions. Right now, they contribute 2 percent, with the school board chipping in an additional 7 percent. But when Lewis floated the idea in January, her negotiating team rejected it.

With few other options, the teachers are pushing for Emanuel to allocate most of the surplus revenues generated by nearly 150 special taxing areas, called tax-increment financing districts, throughout Chicago. Emanuel already allocates just over half of surplus revenues from the districts to the school system and has resisted calls to allocate more.

Chicago Teachers Union Vice President Jesse Sharkey, a lead player in Lewis’ negotiating team, said the union was seeking $200 million more in annual revenue to prevent new staff or program cuts. “That question of using TIF funds to ward off cuts and achieve a contract, to me, becomes the central issue of whether or not we can avoid a strike,” Sharkey told Reuters.

Chicago and other cities establish tax-increment financing districts in economically blighted areas; then as tax revenues grow due to investment, they distribute the increased revenues to infrastructure, redevelopment, schools and other purposes.

“No financially responsible government would be using TIFs to pay for its operational expenses,” said Laurence Msall, president of the Civic Federation, a tax policy and government research organization.

The strike threat is a big gamble for the union given the school system’s dismal finances, said Jean-Claude Brizard, who was Chicago schools’ CEO during the 2012 and now is a partner at

“I don’t see what the CTU will gain with a strike. The system is broke,” he said.