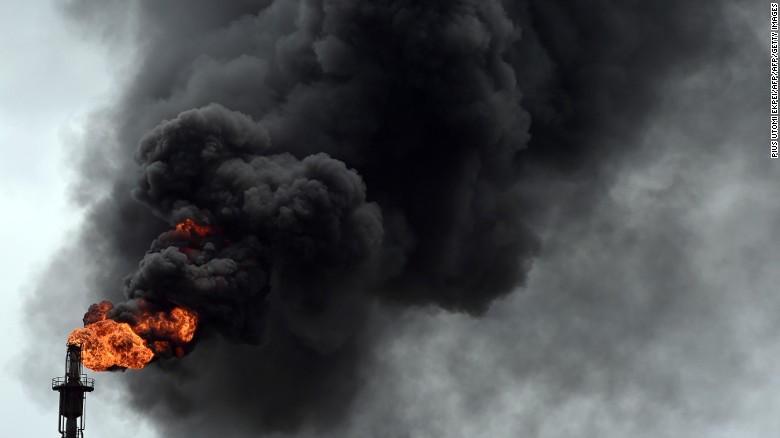 Dirtied by success? Nigeria is home to city with worst PM10 levels

The Worst Cities in Nigeria for Pollution

But an increasingly common sight for Africans — especially those in Nigeria — is that of smog, rubbish and polluted water, according to a new report.
Four of the worst cities in the world for air pollution are in Nigeria, according to data released by the World Health Organization (WHO).
Onitsha — a city few outside Nigeria will have heard of — has the undignified honor of being labeled the world’s most polluted city for air quality, when measuring small particulate matter concentration (PM10).
A booming port city in southern Nigeria, Onitsha recorded 30 times more than the WHO’s recommended levels of PM10.

The other three cities named and shamed in the WHO report for high PM10 levels are the transport hub of Kaduna, in the north, which came fifth, followed by the cities of Aba — in sixth place — and Umuahia, in 16th position, which are both trade centers in southern Nigeria.
Last year, the World Bank reported that 94% of the population in Nigeria is exposed to air pollution levels that exceed WHO guidelines (compared to 72% on average in Sub-Saharan Africa in general) and air pollution damage costs about 1% post of Gross National Income.
The WHO study tracked the growth in the two different sizes of particulate matter, PM10 and PM2.5, per cubic meter of air.
PM2.5 particles are fine, with a diameter of 2.5 micrometers (µm) to more than 40 micrometers, according to the Environmental Protection Agency.
PM10 particles are less than or equal to 10 micrometers in diameter.
Nigeria did not feature in the top 10 for PM2.5 levels.

Why is Nigeria so polluted?

The cause of Nigeria’s pollution problem is a complex story.
“The contributing factors to pollution are a reliance on using solid fuels for cooking, burning waste and traffic pollution from very old cars,” Dr Maria Neira, WHO Director, Department of Public Health, Environmental and Social Determinants of Health, tells CNN.
At home, due to unreliable electricity supplies, many Nigerians rely on generators, which spew out noxious fumes often in unventilated areas.
On the street, car emissions go unregulated.
Neira adds: “In Africa, unfortunately, the levels of pollution are increasing because of rapid economic development and industry without the right technology.”
Indeed, Nigeria’s economy has raced forward in the past decade, overtaking South Africa as the continent’s largest economy in 2014, following a recalculation of its GDP.
Agriculture, telecoms and oil are all driving this growth — at a certain environmental cost.

Steps towards a solution

The latest WHO report may highlight Nigeria, but the true story in other parts of the African continent remains unknown.
The report only included pollution levels from cities with a population of over 100,000 residents that monitor their pollution levels — something many African cities don’t do.
“We need to do an assessment of the sources of pollution at city level, also work on better planning of urban collective transport systems, and take very old cars out of service,” says Neira.
“Regarding the four cities in Nigeria, we would actually like to praise them. They are at least monitoring the pollution levels, others are not even monitoring the air, we know that some are very polluted.
“These four cities are moving towards taking action to reduce pollution.”
With more than 50% of the African population predicted to live in cities by 2030, according to global accounting firm KPMG, the health of the continent’s urban areas is a key concern.