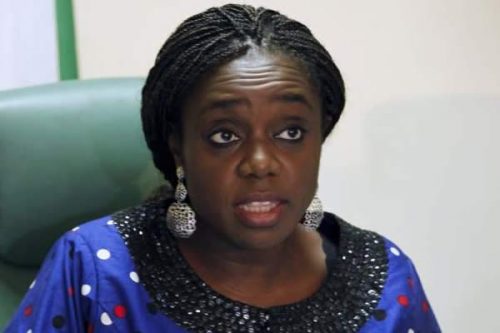 The ministries of Finance and Budget and National Planning as well as the Debt Management Office have begun working on the details of President Muhammadu Buhari’s $29.96bn external borrowing plan following its rejection by the Senate on Tuesday.

The request for legislative approval for the borrowing plan covering 2016 to 2018 was rejected by senators during Tuesday’s plenary after the Majority Leader of the Senate, Senator Ali Ndume, moved the motion that the request be subjected to a debate, and the President of the Senate, Dr. Bukola Saraki, put the motion to a voice vote twice.

One of our correspondents gathered from the Presidency that jolted by the lawmakers’ action, the leadership of the ministries of Finance and Budget and National Planning as well as the DMO immediately met to work on the details of the external loans with a view to going back to the Senate with a more detailed document.

Buhari had written to both chambers of the National Assembly to approve the external borrowing plan for the execution of key programmes and infrastructural projects across the country.

The President also sought legislative approval for the virement of N180.8bn in the 2016 budget to cater for needed votes by some sectors of the economy.

A source close to the leadership of the Senate, who declined to be quoted, however, told journalists that the lawmakers declined to grant the request due to inconsistencies on the part of the Executive.

He pointed out that just like the Executive sent the 2017-2019 Medium Term Expenditure Framework and Fiscal Strategy Paper to the legislature with missing details, the proposal on the loan lacked adequate information.

The source specifically noted irregularities in the first and last paragraphs of the President’s letter to the National Assembly.

The first paragraph read, “I wish to refer to the above subject and to submit the attached draft of the Federal Government’s 2016-2018 external borrowing (rolling) plan for consideration and early approval by the National Assembly to ensure prompt implementation of the projects.”

The official, however, said the President failed to attach the draft of the plan.

The last paragraph read, “Given the emergency nature of these facilities and the need to consolidate the peace and return the region (North-East) to normalcy, and considering the time it will take to get National Assembly’s approval, it has become inevitable to request for the National Assembly leadership’s approval pending the consideration and approval of the 2016-2018 borrowing plan by the National Assembly to enable us disburse these funds immediately.”

This, the source said, meant that the Executive was making anticipatory request for a process it had not started.

Ndume, while addressing journalists after the plenary, confirmed that the Senate turned down the request on “technical” grounds, adding that the lawmakers were not furnished with the necessary details contrary to what the President said in his letter.

The Senate Leader said, “The borrowing plan was technically rejected. You could see that I was shocked as the leader, because I am the chief marketer. They rejected the product and I am thinking of trying to sell it again and rebrand it.

“One of the technical things that was missing there is that, even if you read the letter, it said ‘attached is a draft’ but there was no attachment. These are the kinds of lapses we are trying to look at.”

Buhari had stated in his letter that the money would be expended on infrastructure in agriculture, health, education, water supply, growth and employment generation, and poverty reduction through social safety net programmes, among others.

While reacting to the rejection of the plan, the Presidency said it had noted the issues raised by the Senate and that it would provide additional information as requested by the legislature.

The Senior Special Assistant to the President on National Assembly (Senate), Senator Ita Enang, told journalists that the decision of the Senate should be respected.

He said, “We are not disputing with the distinguished Senate. There are certain information and details, which will enable them to consider in detail and appropriately the request of Mr. President as contained in the plan.

The Director-General, DMO, Dr. Abraham Nwankwo, said that the Federal Government would not have difficulties repaying the proposed $29.9bn loan.

The DG, while providing clarifications on the proposed $29.9bn foreign loan request, said on a Channels TV’s Sunrise Daily that the loan, which covers a period of three years, would help in addressing the biting infrastructure deficit in the country.

A statement by the Special Adviser on Media to the Minister of Finance, Mr. Festus Akanbi, quoted Nwankwo to have said that the lower interest rate of 1.5 per cent attached to the loan as well as its long repayment period would make it easy for the government to repay it.